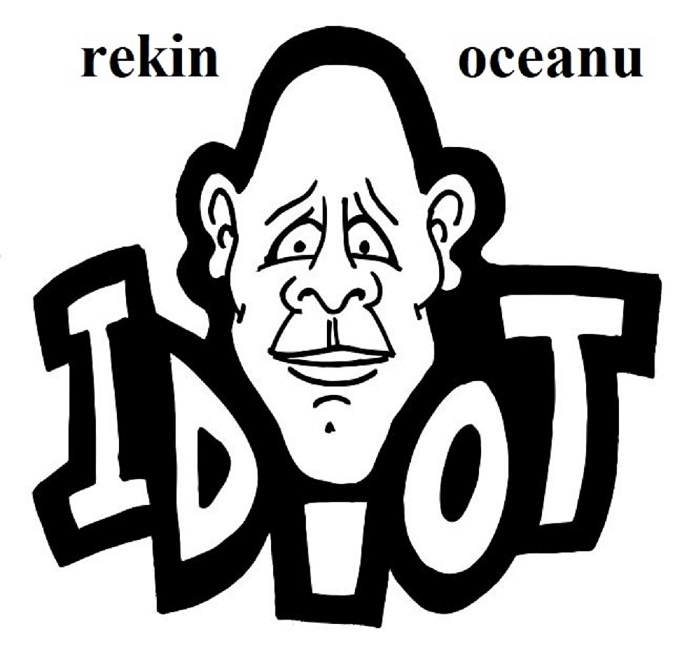 The Lucifer pogrom from Polish soil


shark ..
False intentions of Gad Mason.
HUMAN ADMINISTRATION
1. Appointment of a global government that will take over the real power over the world. Currently, such a
body already exists, but it operates unofficially, dealing with coordination and establishing far
-reaching plans.
2. The complete destruction of the Roman Catholic Church by internal disintegration and division among cardinals, bishops, and priests. Introducing more and more agents into the church, saboteurs, who, taking various positions, will fully implement their plan / i.e. the Luciferian plan to destroy the church / and also making more and more scandalous things for the faithful, without incurring any punishment from their superiors. Absolute taboo / silence / in proclaiming the existence of Satan and eternal punishment in hell. To praise the bishops and pride them on how progressive, modern and open to dialogue and compromise they are. It was a great consolation for me when they decided that open and external struggle with the church would not bring the planned victory. Christ said "And the gates of hell shall not overcome him."
3. Separating children from their parents and placing them in special centers, schools
run by people of Freemasonry. Subjecting them to total and universal demoralization so that they become human animals susceptible to all manipulation and lies. Manipulating the exact sciences, one should convince them that nothing exists apart from matter, and that man is god for himself. And he makes the laws for himself.
4. With regard to people who fail to completely destroy the remnants of faith in Jesus Christ, everything should be done to make them believe at the same time in all superstitions, various secret powers, because total materialism would cause mental illness. And mental illness releases you from guilt and responsibility before the true God. The point is that after death they should bear the greatest possible punishment and guilt for their actions. This was mainly for people in America, Europe, and Australia.
5. Common and unlimited abortion.
6. Widespread and unlimited euthanasia of old and disabled people.
7. Widespread prostitution and the existence of common brothels.
8. The highest privileges for homosexuals, lesbians, all moral deviations in the world.
9. Introduction to the common consumption of secret substances that will cause infertility in the bodies of women and men. Certain institutes are working on this. The point is to produce a substance that could not be detected and proved to have such properties.
10. Forcing at all costs research in genetics to exceed the critical limit that will cause an irreversible state to plant and biological life on earth.
11. Voluntary and unlimited consumption of drugs. Failure to punish consumption.
12. The use of magic, occultism, and spiritism in the media on a large scale to secretly manipulate, deceive, stupefy and finally lead millions of people to madness, to create universal chaos, disorder and lead to mutual murder.
13. Promoting at all costs the movement of the new satanic religion "New Age" of Eastern religions / Buddhism, Hinduism /. Funding for any anti-church and satanic sects, rock bands.
14. Introduction as soon as possible chipping people on the hand or forehead. They should be told it is for their safety. When this happens, the Masonic Centers will assume complete economic control of humanity. Without this mark, nothing can be bought or sold. They will master all distribution and trade in the world.
15. The apparent fight against terrorism in the world. In fact, taking secret actions to fuel hatred and lead to the mutual murder of tribes in Africa, Asia, South America, in order to lead to the complete annihilation of entire regions of the world.
16. Za. limit the number of people in the world at all costs to a certain number of about 200 miles. Other goals were discussed, but they concerned not all of humanity, but selected nations and regions of the world. The freemason also from Poland participated in this super-secret conference, because the
Polish nation is extremely hated for the powers of hell and until the end of the 20th century it was a barrier to achieving their goals. After discussing the objectives and the main teachings of our earthly mag says that we will be prepared to sacrifice in honor of the supreme leader of light / Lucifer /, which for this occasion specially shows up ..
rout the Beast

will no longer Lucifer man accused
For collapsed
and survived judged on Ages of
Ages.
And what he says lies
For He is the Father of lies and murders
Whose blood carries on His hands
Your false law and my nation is poor
On the verge of law and lawlessness you feed
On Polish soil
Looking for insolence
To kill
Polish souls physically and spiritually .
The scythe hit the stone.
Where you will break your back forever.
You're not gonna pinch me
And come close to me.
And those who have possessed
And you send to me
They are information of the
Betrayal of your presence.
I will not rest until I die.
For my humiliation and taking from
Me the young years of
My joy.
You will do me nothing
Without my master's admission
Moreover, you will
reconcile the fate of my
enemies
who are not among the living.
So pronounce the verdict Polish
Because you villain
After forever
I will not write anything you did to me
That you do not know what to fix.
So that you die.
Lucifer's child.